HomeTechnologyMicrosoft Windows may soon get replaced by BOSS Operating System at all...
Technology 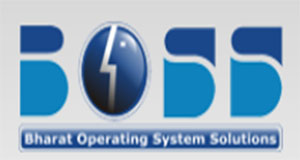 Digital Data security is of a great concern for India especially when countries like U.S and China are leaving no opportunities to hack and scrutinize  data from Indian servers. As per Edward Snowden’s leaked cables, India is one of the most watched, and scrutinized nations of the world; mostly by China and U.S. Programs like ‘Digital India’ can only be successfully in true sense if and only if the servers storing crucial data related to it are secured with highest level of security possible both physically as well as digitally and virtually.

Government data centers, servers and computers at various government offices are been targeted by foreign hackers. Gaining access to crucial data by hackers from these computers or servers can be very dangerous for national security. Also countries like China and U.S are always trying hard to gain access to Indian servers so as to scrutinize the data stored in it.

Most of the Government Offices in India use Microsoft Windows Operating system which is one of the most popular OS in the world.But considering the security of the OS, it can be compromised as hackers know most of the system architecture and hence becomes easier to hack data from these systems.

In order to have secured OS, custom OS development is required and should be updated with latest security features available in order to maintain security of the system. To have a secured OS for India and to promote the usage of Free/Open Source Software throughout India, C-DAC, Chennai developed BOSS (Bharat Operating System Solutions) a GNU/Linux distribution.BOSS GNU/Linux is a key deliverable of  National Resource Center for Free and Open Source Software (NRCFOSS). It has enhanced Desktop Environment integrating Indian language support and other packages that are relevant for use in the Indian government domain. BOSS makes it easier for Microsoft Windows user to migrate to GNU/Linux platform, by providing outstanding features like bulk document converter, presentation tool and also features like plug and play. BOSS is customized for the ease of use in Educational Domains (schools & colleges) and variants are available to suit Enterprise users (Server Edition).BOSS GNU/Linux distribution developed by C-DAC is derived from Debian. BOSS GNU/Linux is reaped from Debian.

Currently BOSS can support 20 Indian languages, and has been developed keeping in mind various security and operational issues, which are of much relevance for India specific usage. BOSS has been already certified by Linux Foundation as per Linux Standard Base standard.

Govt of India wants to endorse BOSS for adaption and implementation on a large scale.By replacing Microsoft Windows with BOSS, Indian Govt. can aim for greater protection and security of it’s data.

Initially launched in 2007, but due to poor adaption across Govt. offices and departments, BOSS failed to replace Microsoft Windows. However, the newest version which would be unveiled very soon, has been infused with new codes, and new functionalities, which seems promising. This version has been developed by DRDO, Gujarat Technical University and with assistance of several private computer geeks.