OnePlus partners with Foxconn to manufacture its smartphones in India 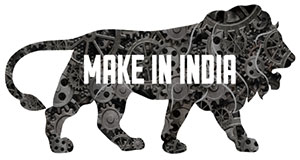 PM Modi’s ‘Make in Indi’a initiative gets a major boost due to this move as companies like Xiaomi, Lenovo, Motorola are investing in India and now OnePlus joining to this, will further strengthen the growth of manufacturing sector in India thus strengthening Indian economy.

Though the  company did not disclose the investment made, but it aims to manufacture 5 lakh units per month and  will also generate direct employment of over 1,000 full time employees.

OnePlus founder and CEO Pete Lau said in a statement. “India being one of our biggest markets worldwide, we are committed to a long-term sustainable growth path. This move will strengthen our presence and help us step up momentum in India” .The first batch of smartphones produced from Foxconn’s Sri City facility in Andhra Pradesh will be available by the end of 2015.

India is emerging as the fastest growing market for Smartphones and hence these handset manufacturers do not want to leave any opportunity to grab this market.

Modi government’s ‘Make in India’ initiative seems to be the most successful one in comparison with their other initiatives.

India’s electronic goods import bills will be reduced by initiatives like ‘ Make in India’ to a great extent. Thus it will also strengthen it’s economy.Also these steps by the current Modi government will help job creation in India on a large scale.