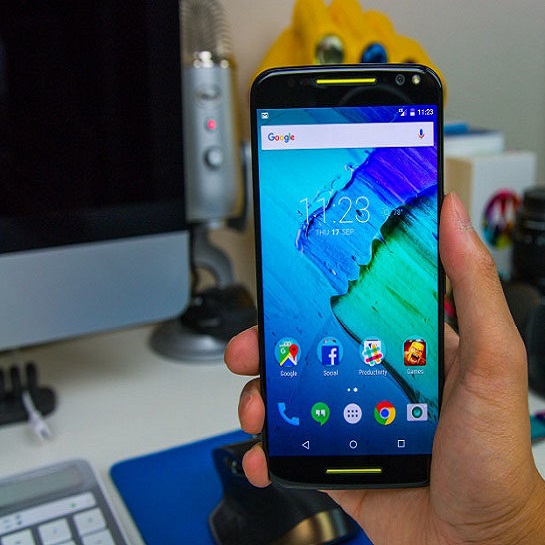 Although 4G LTE technology is still new in India and only Airtel was able to launch it in major cities, Indian Telecom operators are able to provide faster download speeds to it’s customers. OpenSignal, a network-testing company has released its worldwide report for Q4 2015, which ranks India 36th in terms of LTE download speeds and US at 55th position globally.

India has dense population than US and LTE’s market share is not even 10% in the country, it will be interesting to see how Indian telcos will deliver when launched in full strength for public till April 2016. As there are less subscribers on LTE in India, download speeds will be obviously faster and real tests can be performed only when most of the Indian telcos launch LTE services for their subscribers. 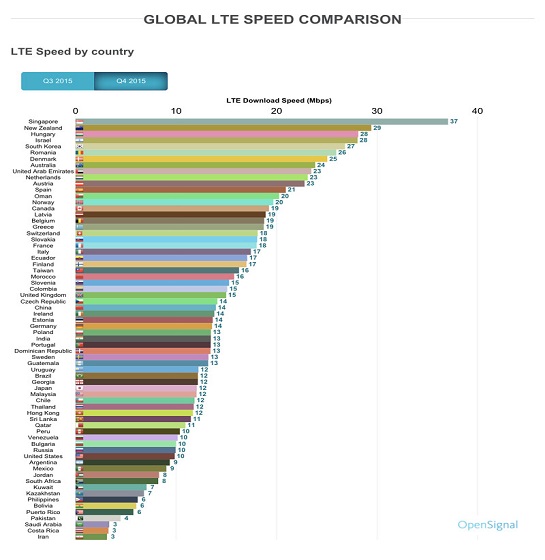 Small developed nations like South Korea and Hong Kong are able to provide complete coverage and fast speeds to their population but big and rich countries like the U.S. tend to get networks that are somewhere in the middle i.e  good on coverage but not so great on speed. The report also claims that no other large countries have managed to build the vast 4G infrastructures like American and the Japanese have deployed. However,their LTE networks can’t match the speed offered by most of the world’s 4G operators like Singapore and South Korea etc.

It will be interesting to see the download speeds that Indian 4G operators will be able to offer once 4G in launched and opted by most of the Indian telecom subscribers in full swing especially after the launch of Reliance Jio 4G services as there are high expectations from their LTE networks and Infrastructure.