DigitalOcean Launches its Datacenter in Bangalore 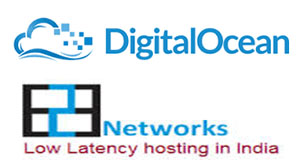 India is a land of startups, hence western businesses are focusing more here in order to grab the market.However, it would not be so easy for companies like Amazon, Google, Microsoft, etc to compete with the pricing model of DigitalOcean and Linode. Also, Indian companies Like E2ENetworks are providing world class cloud infrastructure at cheaper rates than DigitalOcean.

DigitalOcean says that India is home to the fastest growing ecosystem of startups and entrepreneurs, with approximately 4,000 startups launching this past year. With the number of software developers throughout India expected to grow to over 5 million by the year 2018, this region is poised to unleash a tremendous amount of innovation in the next decade.

The Company will continue to offer its services under a single pricing plan. All SSD cloud servers including the Bangalore one will be starting at $5 per month.

With the launch of an Indian Datacenter, customers of DigitalOcean will now enjoy lowest possible latency which will help boost their traffic and rankings in search engines like Google.

Launching Indian Datacenter will surely help its local customers and developers who opt for low cost raw cloud vps servers, but the Company needs to think about offering its services in Indian currencies as most of the people use Debit cards than Credit here. Also currency fluctuations and higher currency conversion rate would make its cloud services costlier than its competitors.

NPCI to launch RuPay credit cards within a month: CEO A P Hota